Books come alive with 360° illustrations. You can step into the story! At last, it's easy to motivate children to read.

Alice in Wonderland comes alive with
360° eBook illustrations. It's easy to
motivate kids to read. Step into the story.

Kids need a more exciting book format in the age of Video Games.

To make children interested in reading, we need to look at books from a new perspective. TURLBOOK makes literature playful with 360° illustrations. Our first 360° eBook is a remake of Alice's Adventure in Wonderland. 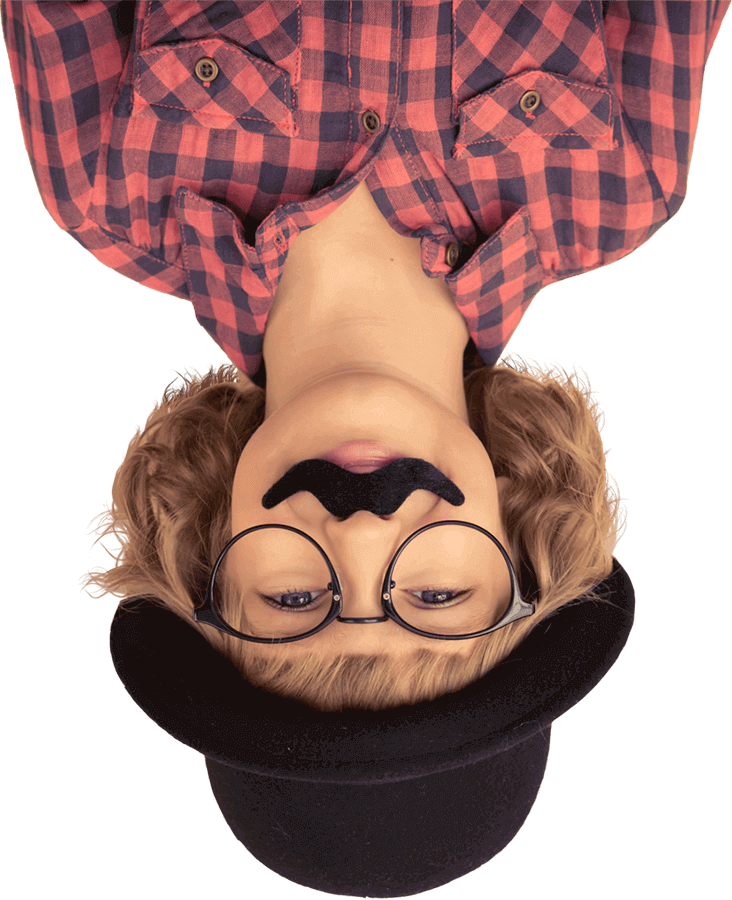 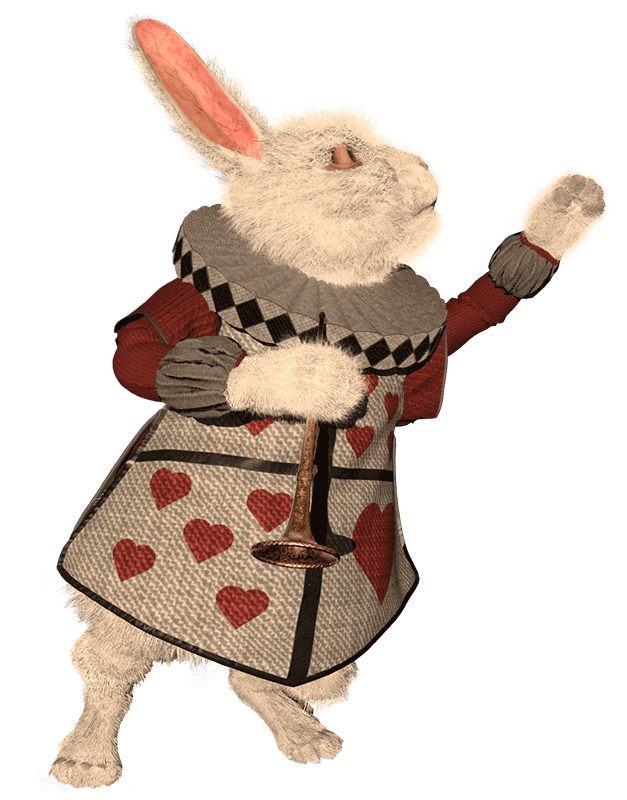 Jump into the world
of a Magic Book. 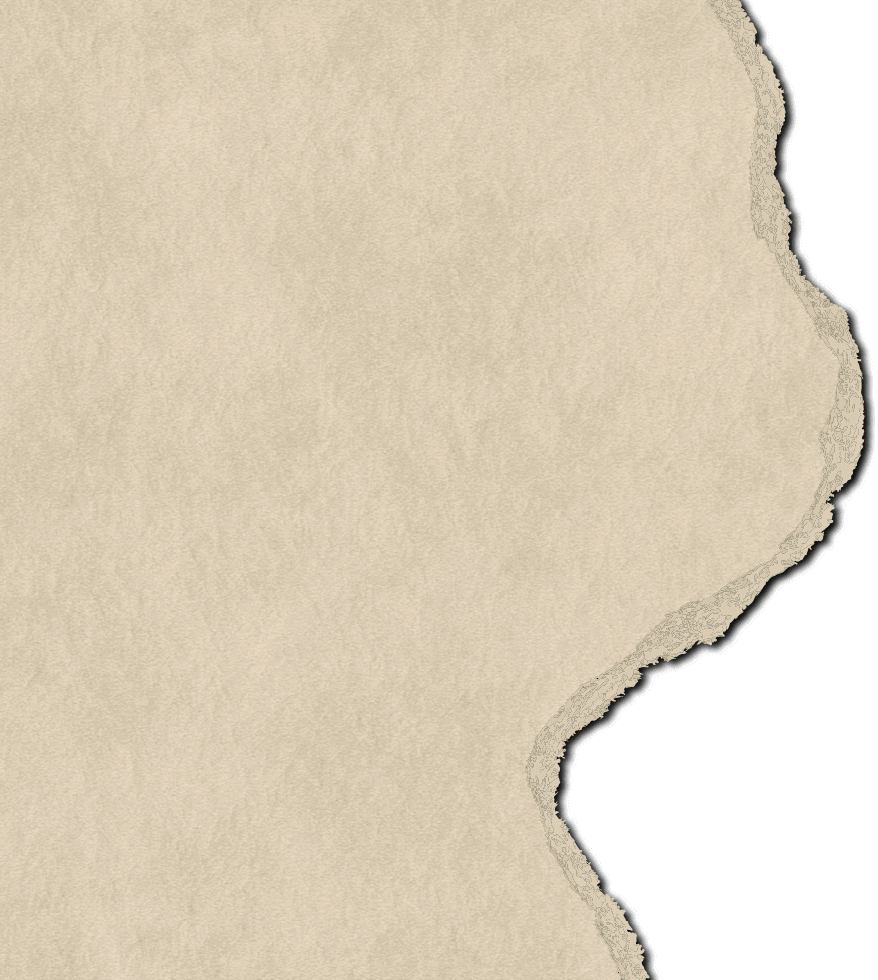 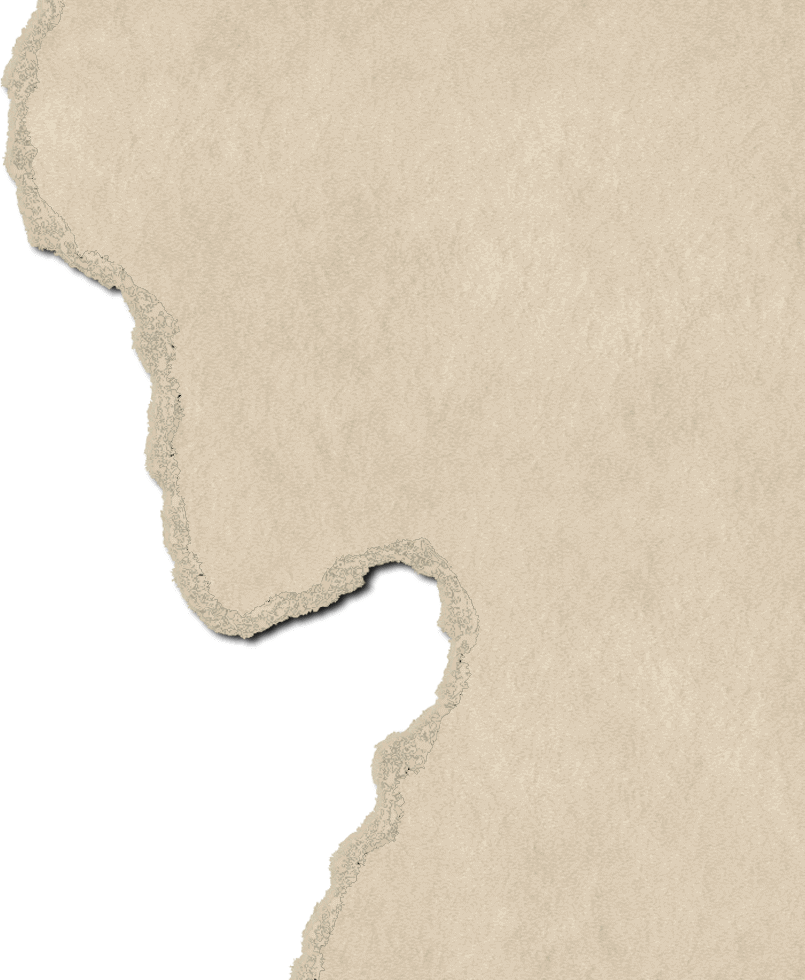 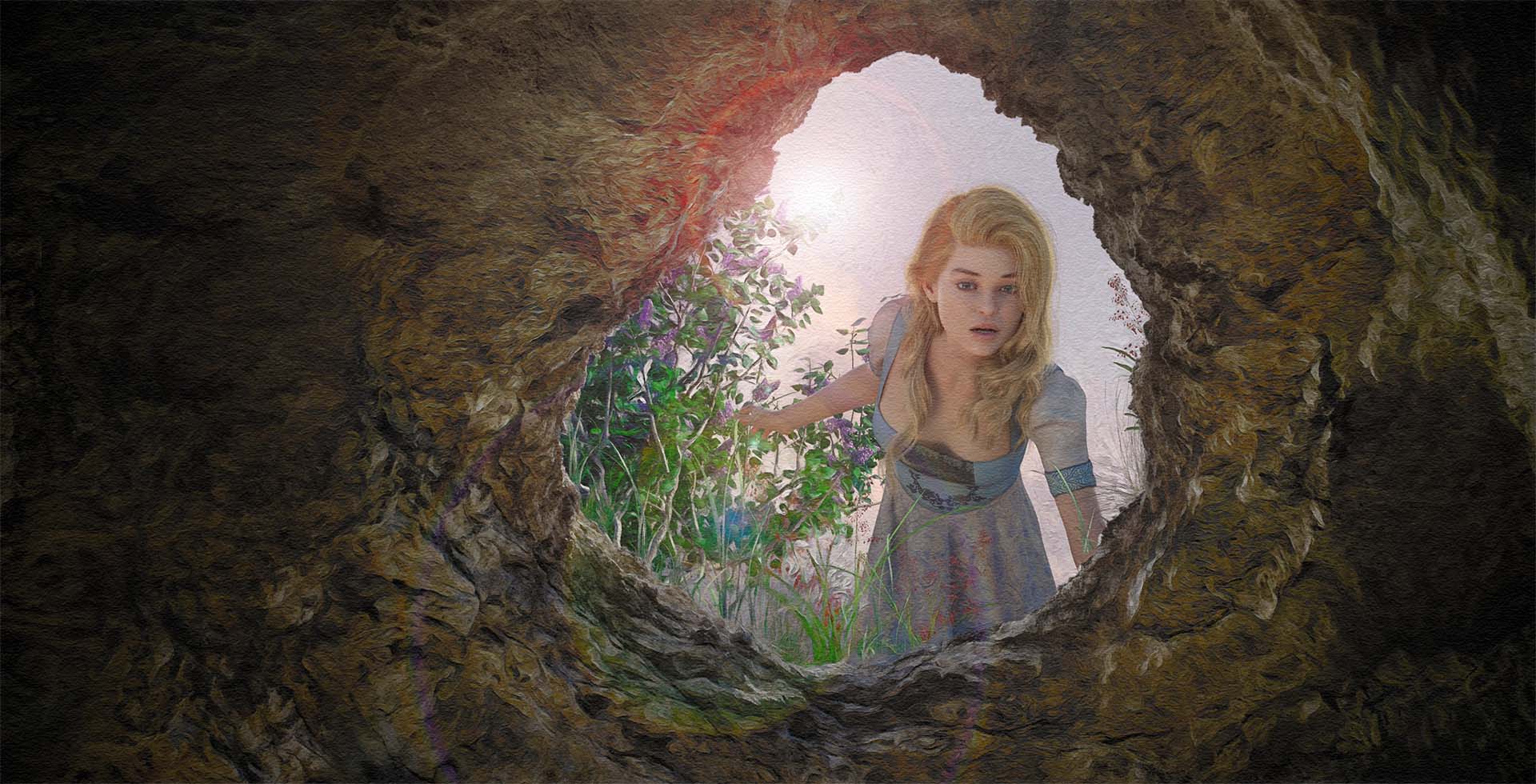 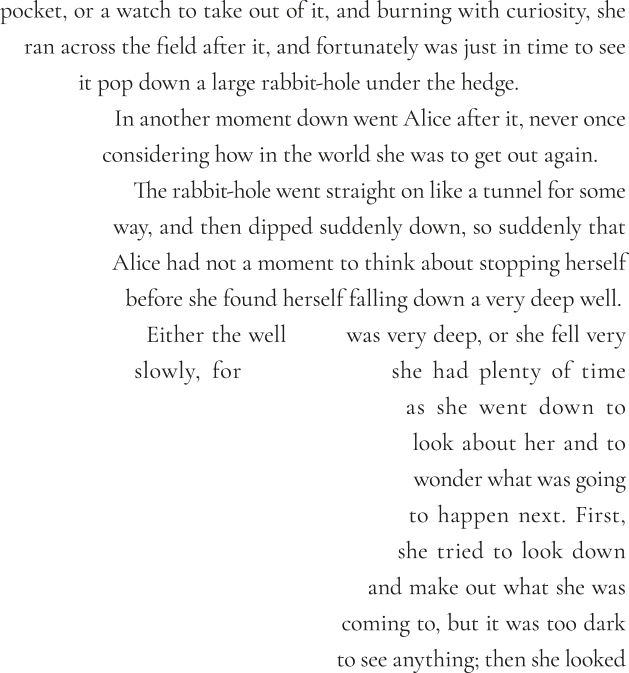 Chapter I
Down The Rabbit Hole 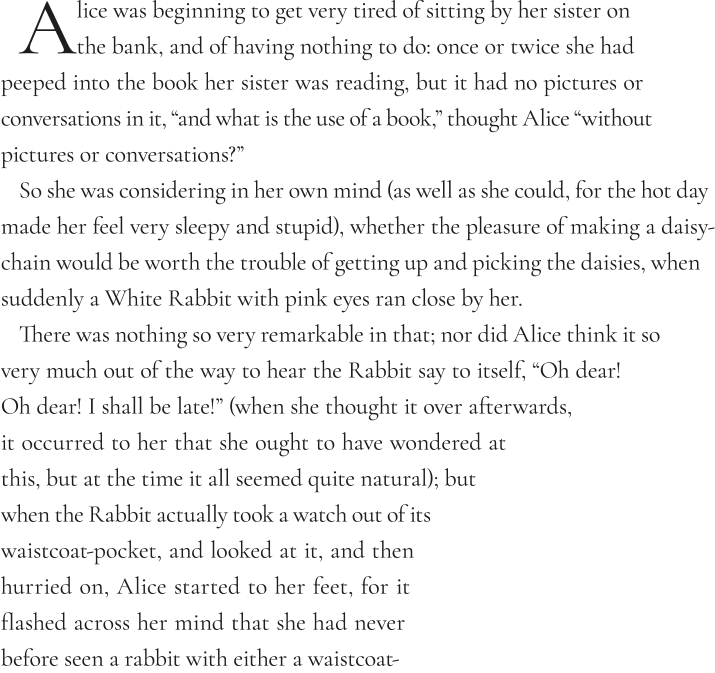 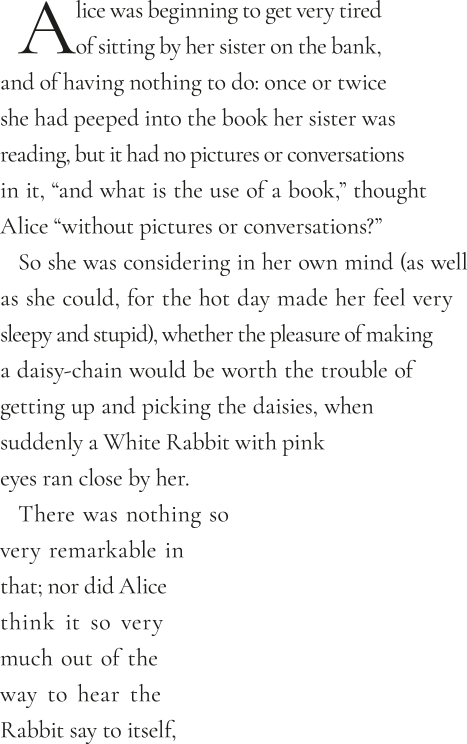 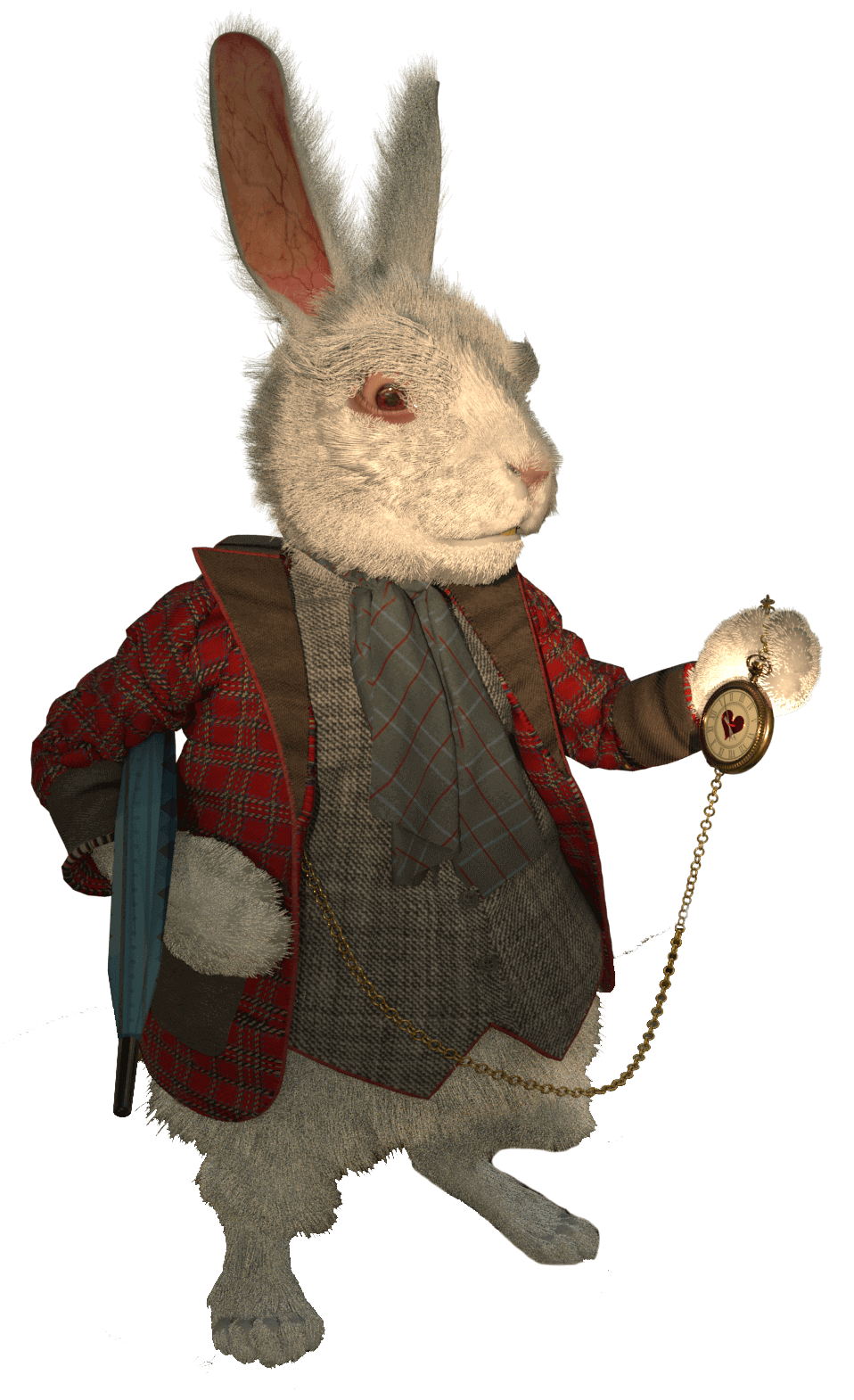 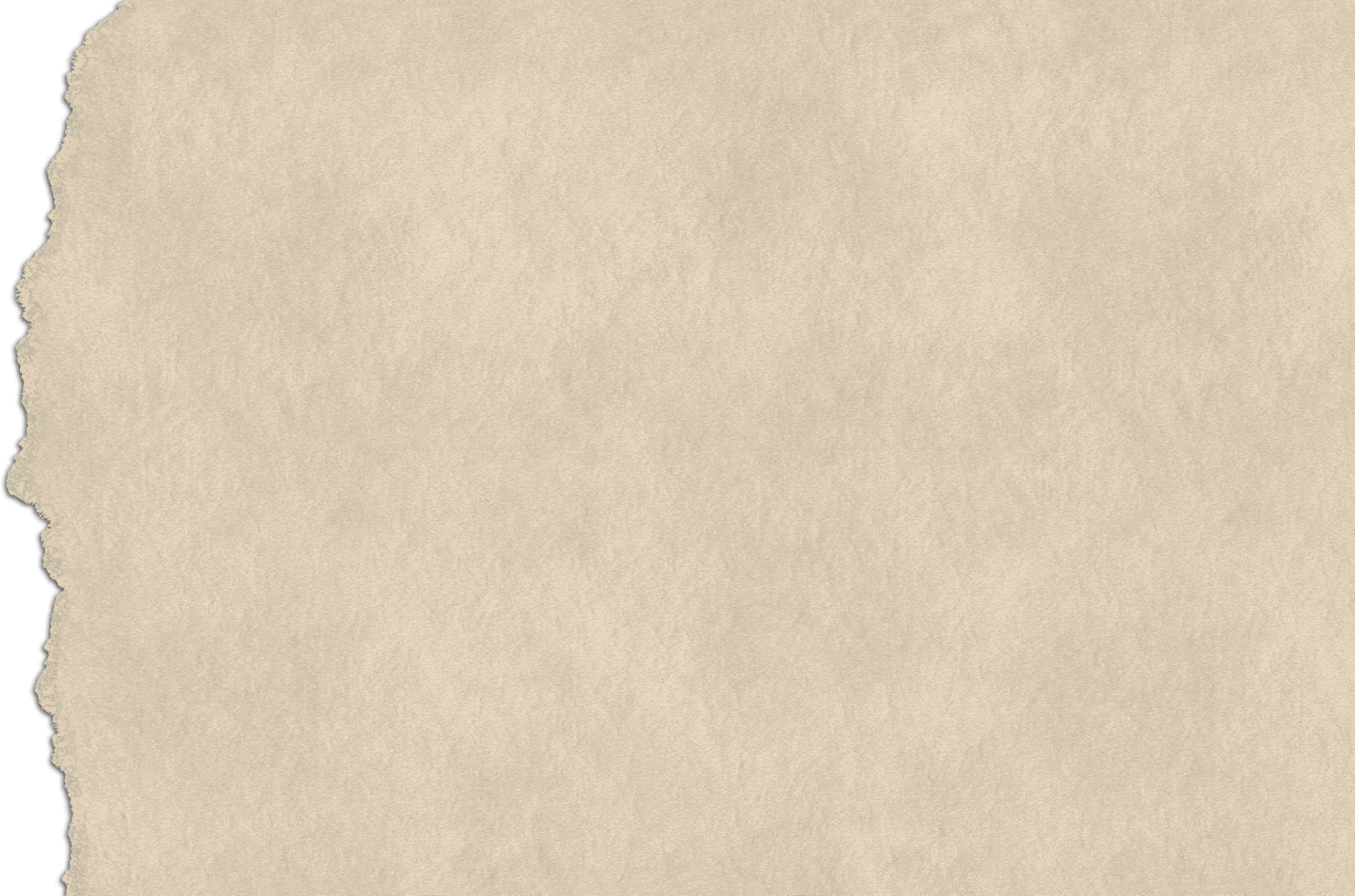 Just at this moment Alice felt a very curious sensation, which puzzled her a good deal until she made out what it was: she was beginning to grow larger again, and she thought at first she would get up and leave the court; but on second thoughts she decided to remain where she was as long as there was room for her.
“I wish you wouldn’t squeeze so.” said the Dormouse, who was sitting next to her. “I can hardly breathe.”
“I can’t help it,” said Alice very meekly: “I’m growing.”
“You’ve no right to grow here,” said the Dormouse.
“Don’t talk nonsense,” said Alice more boldly: “you know you’re growing too.”
“Yes, but I grow at a reasonable pace,” said the Dormouse: “not in that ridiculous fashion.” And he got up very sulkily and crossed over to the other side of the court.
All this time the Queen had never left off staring at the Hatter, and, just as the Dormouse crossed the court, she said to one of the officers of the court, “Bring me the list of the singers in the last concert!” on which the wretched Hatter trembled so, that he shook both his shoes off.
“Give your evidence,” the King repeated angrily, “or I’ll have you executed, whether you’re nervous or not.”
“I’m a poor man, your Majesty,” the Hatter began, in a trembling voice, “—and I hadn’t begun my tea—not above a week or so—and what with the bread-and-butter getting so thin—and the twinkling of the tea—”
“The twinkling of the what?” said the King.
“It began with the tea,” the Hatter replied.
“Of course twinkling begins with a T!” said the King sharply. “Do you take me for a dunce? Go on!”
“I’m a poor man,” the Hatter went on, “and most things twinkled after that—only the March Hare said—”
“I didn’t!” the March Hare interrupted in a great hurry.
“You did!” said the Hatter.
“I deny it!” said the March Hare.
“He denies it,” said the King: “leave out that part.”
“Well, at any rate, the Dormouse said—” the Hatter went on, looking anxiously round to see if he would deny it too: but the Dormouse denied nothing, being fast asleep.
“After that,” continued the Hatter, “I cut some more bread-and-butter—”

Experience the world's most fascinating remake of Alice’s Adventures in Wonderland. 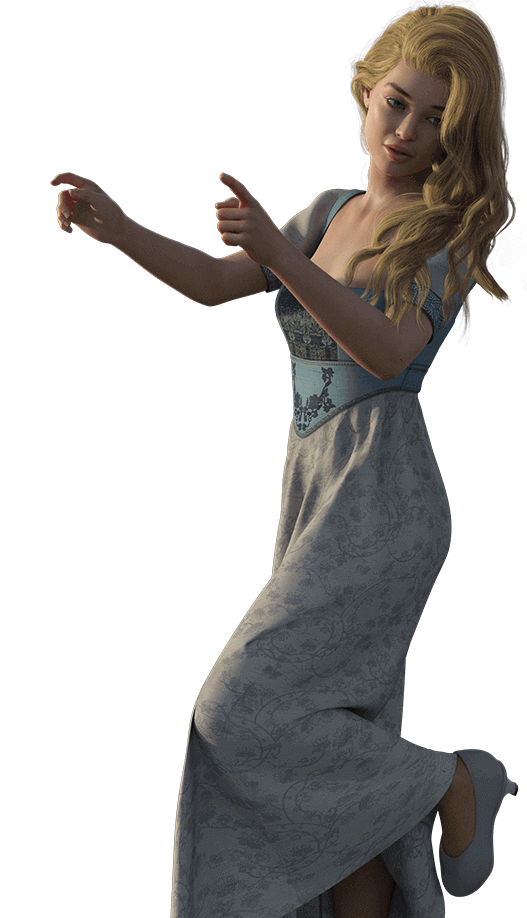 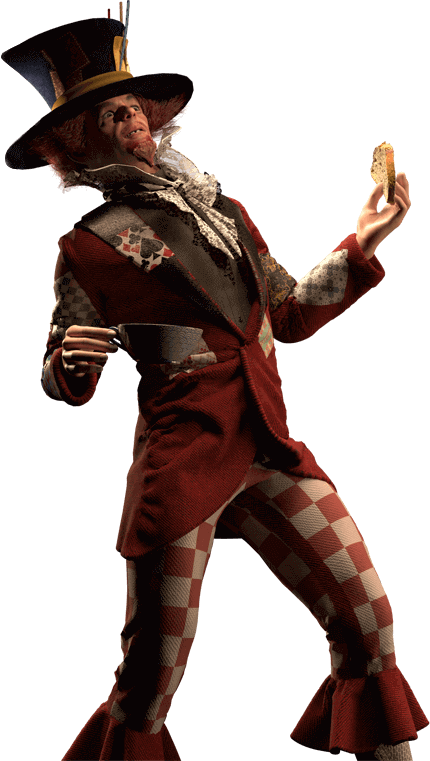 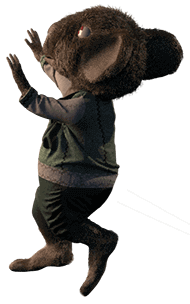 360° eBooks smartly capture kids’ attention. It turns literature into a playful adventure. It is the next step for books.

the Magic book is real

Go Mad with
the Hatter.

When you were a kid, did you dream about stepping into the world of a book? Now you can! Visit the Hatter and look around in his Mad world. It's Magic.

When you were a kid, did you dream about stepping into the world of a book? Now you can! Visit the Hatter and look around in his Mad world. It's Magic.

Switch between
360° and reading

Play with the 360° illustration until you wish, then continue reading the text until you find another 360° image.

Play with the 360° illustration until you wish, then continue reading the text until you find another one 360° image. Or, as Lewis Carroll wrote: “Begin at the beginning and go on till you come to the end: then stop.” 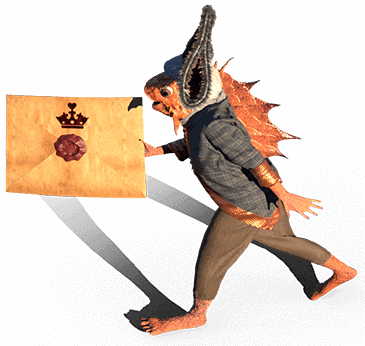 In the age of Video Games, kids need a more exciting book format that makes them interested in reading. TURLBOOK makes literature playful with 360° illustrations. Our first 360° eBook is a remake of Alice's Adventure in Wonderland.

TURLBOOK helps kids to to fall in love with reading in the age of video games. The Magic Book is now real.

Our first 360° eBook is a breathtaking remake of Alice’s Adventures in Wonderland. It is a jaw-dropping experience (and not just for children).

Laptops and tablets are here to stay. But what we do with them is up to us. TURLBOOK offers intelligent screen time and makes classic literature exciting. Your kids will love it!

Learn More
TURLBOOK is THE SMART solution for Parents and teachers

Laptops and tablets are here to stay with us. But what we do with them is up to us collectively. TURLBOOK's motivation is to offer intelligent screen time and make classic literature exciting again for kids in the age of video games.

You still have original text

Since a 360° eBook is still a book in its essence (but a more modern format), therefore your kids still have the opportunity to read the actual, original text.

Capture your kids attention: While reading the book, your kids can also enjoy the playful, interactive illustrations. Our first 360° eBook is Alice’s Adventures in Wonderland.360° illustrations genuinely capture kids attention, helping them to naturally fall in love with classic literature.

360° Alice in Wonderland runs in a desktop / laptop Chrome browser. You can set up your free trial in 1 minute and you don't need a credit card for the trial.
Recommendation: since the graphics are exceptionally high quality and beautiful, we recommend to enjoy it on your largest screen.

The card images have fit set to cover, so they fill their masking container without stretching. Try making the “Cards Image Mask” a circle using border-radius or adjusting the size ratio using top padding. Don’t forget to set an alt description for each image, which will help with accessibility.

Use these cards when you want to display content with an image, such as a blog post or product. They’re built with CSS grid to enable the 3-column layout. When you select the “Cards Grid Container,” you’ll see a red icon on the top right. Click the icon to edit the number of columns, the column gap, and more! 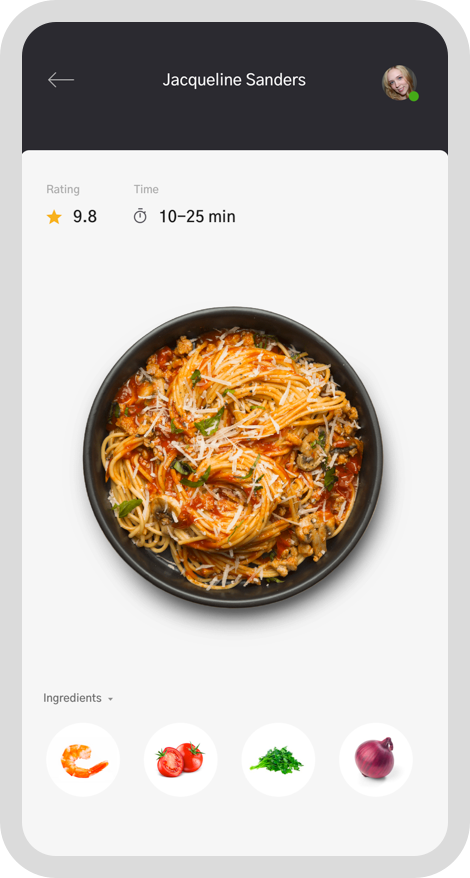 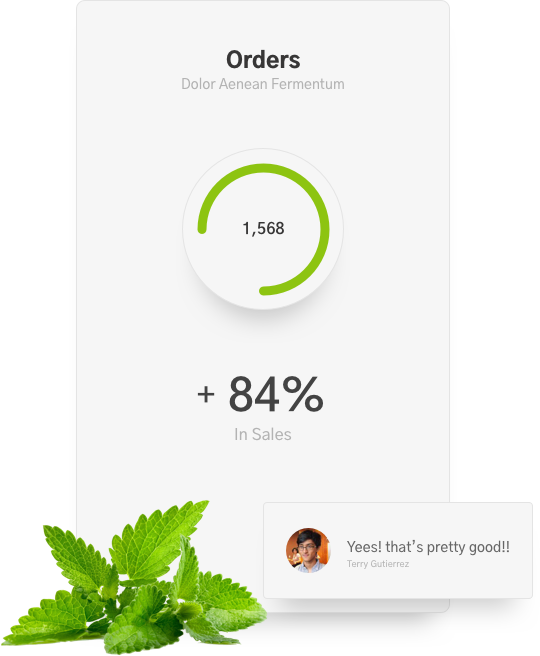 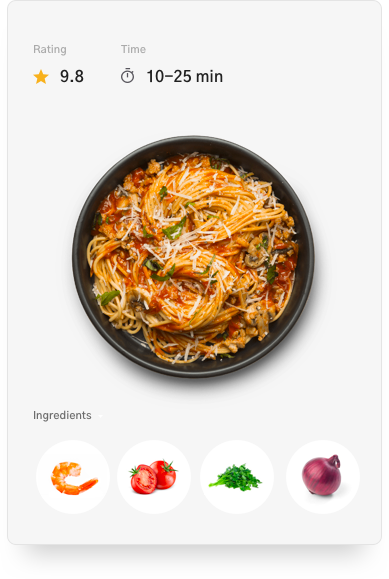 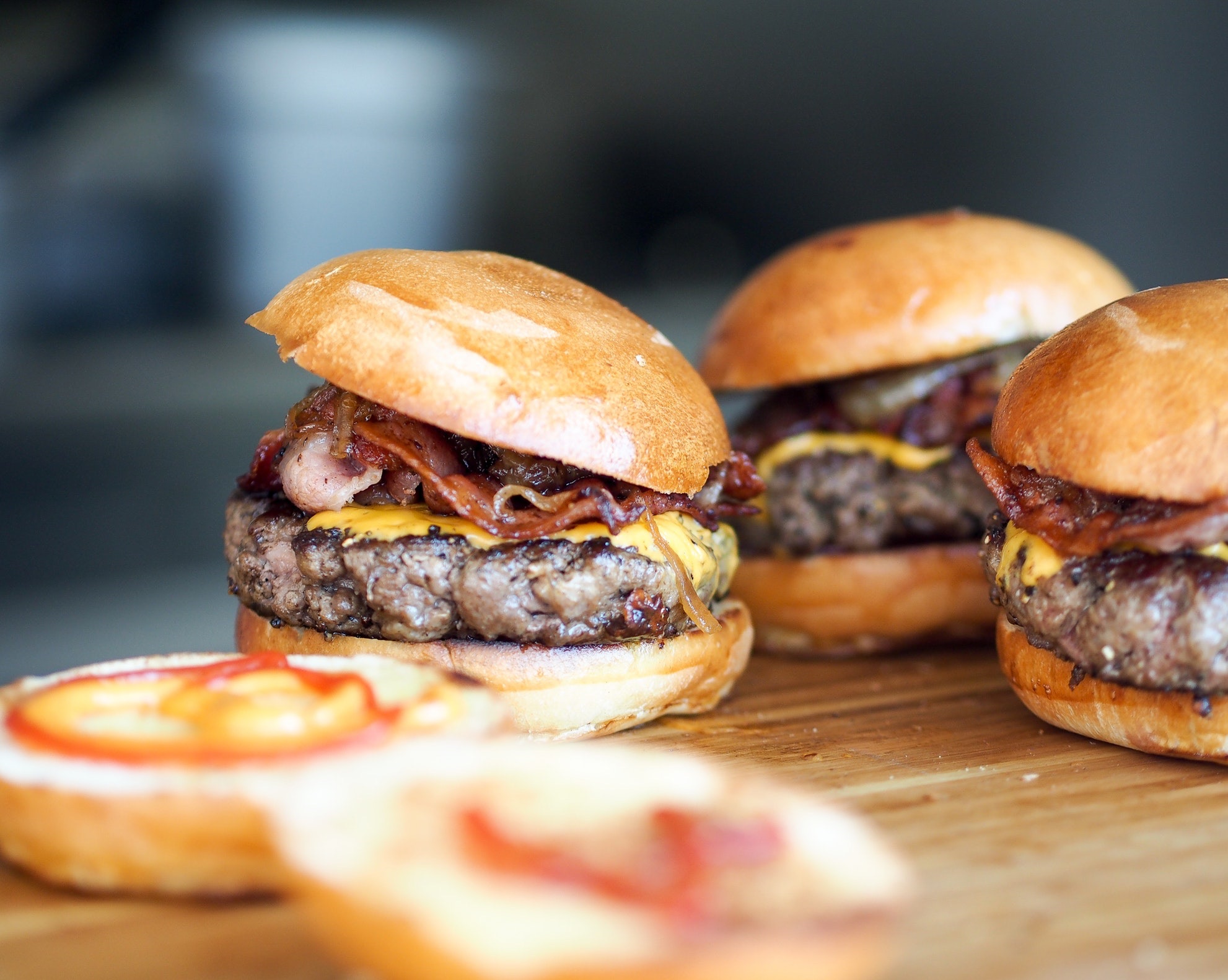 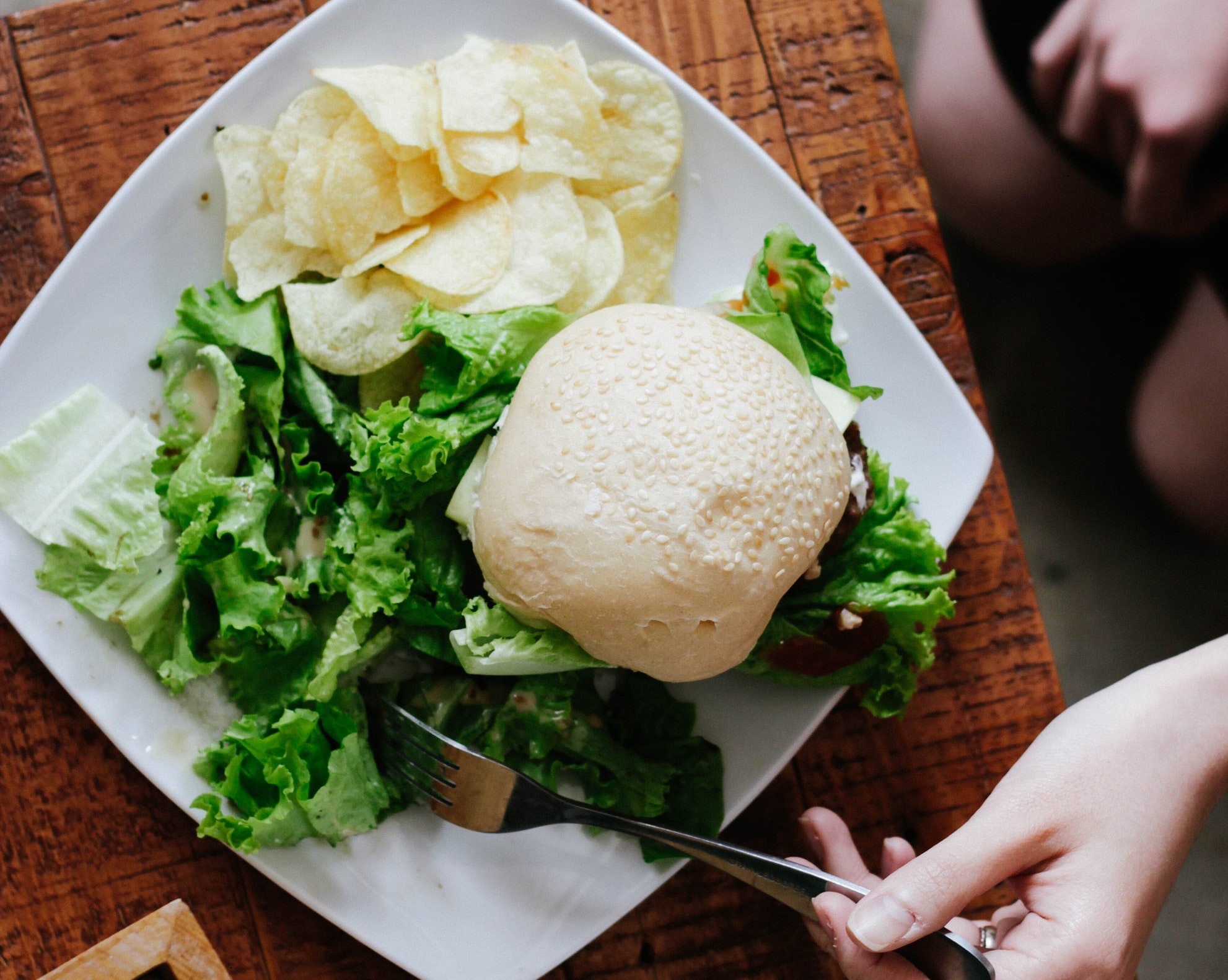 Ready to get started?

Get updates from Richard

Thank you! Your submission has been received!
Oops! Something went wrong while submitting the form. 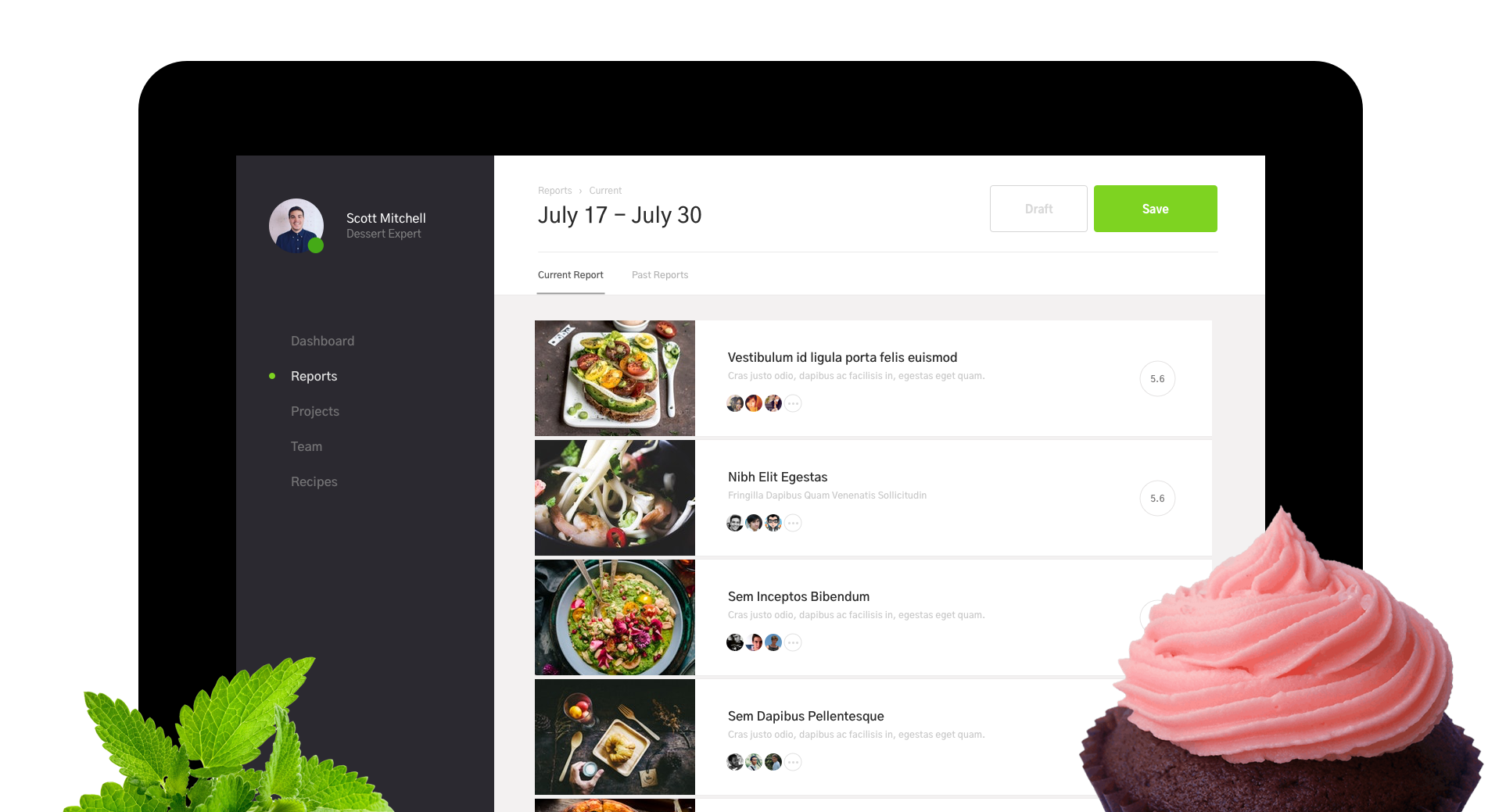 Thank you! Your submission has been received!
Oops! Something went wrong while submitting the form.
About usFeaturesUser ExamplePricingResources